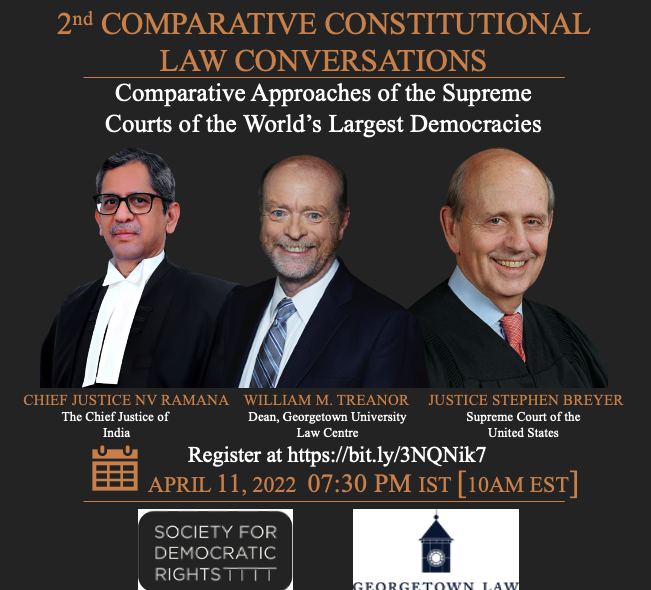 The flagship webinar series was launched on the occasion of 150 years celebrations of Georgetown Law. It is a collaborative initiative between Georgetown Law University, Washington D.C and the Society for Democratic Rights (SDR), New Delhi. The In Conversation webinar series initiates a timely discussion on a wide-ranging contemporary constitutional law and practices from a comparative law perspective. It hosts live discussions between leading jurists from India and the United States, and gives the audience an opportunity to engage in the discussion by posting questions.

This event will take place live on Zoom.